Top 10 Mistakes You Can Make in EHS Compliance 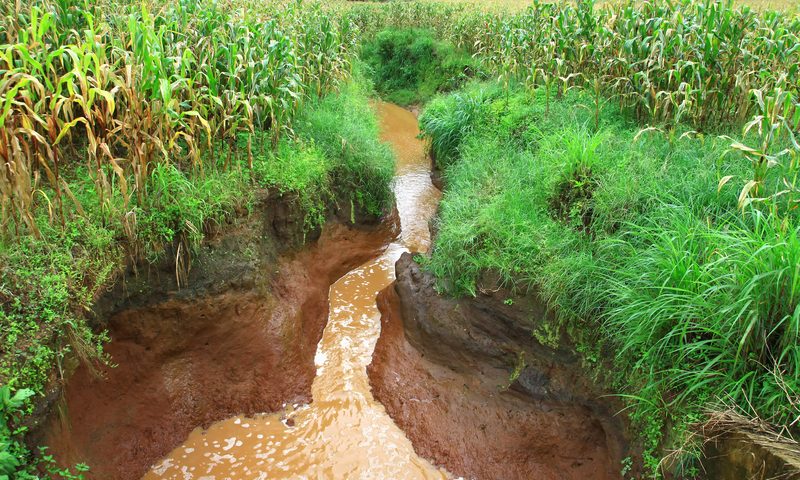 Congress got a report from EPA last week that they can use to create whole series of new incentives for the States to clean up our country’s water.

The Water Resources Reform and Development Act of 2014 gave indications that Congress was not happy with the way the Clean Water State Revolving Fund (CWSRF) was dealing with our 21st Century water quality problems. First, they added eight new eligibilities to the three that had been there for 27 years. Second, they asked EPA to “review” the allocation formula for the federal capitalization grants that fuel the program and report back to Congress. Apparently Congress was thinking they could use money to induce the States to be more proactive on water quality.

The CWSRF is the most successful environmental finance program in history. Since 1987 it has provided over $110 billion of financial assistance to over 36,000 projects. That’s about $3 million per project. About 96% of this money went to sewage treatment plants.

Making $3 million loans to sewage treatment plants isn’t going to do it in the 21st Century. Back in 1972, when the Clean Water Act was first passed, municipal sewage was the #1 cause of water pollution. Not any more. Now agricultural runoff and stormwater are the two largest sources of water pollution. Congress is looking for innovative strategies to deal with these two water quality threats. It’s not going to be easy.

As far as agricultural runoff is concerned let’s take the example of a farmer who could drastically reduce the polluting nutrients running off his cropland if he would just take one or two percent of his acreage out of production and build a “constructed wetland” that would trap the nutrients. This would be great; but how are we going to get the farmer to do this? Give him a CWSRF loan? Sure, but CWSRFs are good at making $3 million loans for sewer projects and not practically well suited to making – hundreds – of $50,000 loans to individual farmers. And the more important point is: Who is going to repay the loan? The farmer? Out of the goodness of his heart? We don’t think so.

Ag runoff is non-point source (NPS) water pollution. There is no authority in the Clean Water Act to compel the farmer to do this. Furthermore, bearing in mind the almost spiritual role that agriculture plays in modern culture, it will be a cold day in Hell before any State Governments start ordering farmers to take on projects like this.

In short, we need to create clever subsidy programs that give farmers financial incentives to undertake projects like these.

Now, for a stormwater example.

Much like ag runoff, many stormwater problems arise on private property. Let’s take the example of a church with a two-acre parking lot of impermeable pavement. The local government, which is under great pressure from the State to deal with its stormwater devils, wants the Pastor of the church to replace impermeable pavement with 2 acres of permeable asphalt. At around $1 per square foot, that’s about $90,000. Where’s the money going to come from? Again, the CWSRF. But, again, where are the repayments going to come from? The Pastor’s congregation? We think that Hell would have to totally freeze over before any local government would order the Pastor’s church to come up with the money for the project.

Again, what is needed is a clever subsidy program to give the Pastor a financial incentive to take on the permeable pavement project.

This – the creation of innovative programs to deal with the water quality problems of the 21st Century – should be the #1 criterion for a new CWSRF capitalization grant allocation formula.

The #2 criterion should be “money management”.  Ask yourself, where did the subsidies come from in the ag runoff and the stormwater examples above? The CWSRFs, of course, all do subsidies. But here’s an example of a bad way to manage subsidies.

In 2013, the Virginia CWSRF made a $7.3 million loan to Loudoun County at a subsidized rate of 1%. Loudoun County is the richest county in America! The Median Household Income in Loudoun County was $119,134 in 2011! Why would anyone subsidize the richest county in America? If Virginia had made a 3% loan instead of a 1% loan, they would have saved $86,143 a year in their subsidy fund. Over 20 years, discounted at 3%, this amounts to almost $1.3 million. Looking at it a different way, this $86,143 could have been used to pay off bonds of almost $1.6 million for additional clean water projects – like our ag runoff project and our church parking lot stormwater project above.

This is what we mean by money management. That is why it is so important.

Population, sure. Everyone has to get something. Let’s say 30%.

Need? Not so sure. What if the States with the biggest needs are the most lax in cleaning up their impaired water? No good. Rather than just needs alone, we need to give bonuses to those states that create brilliant new subsidy programs to deal with the water quality problems of today. Another 30% for innovation!

EPA hit it on the head with their third criterion: leverage. Leverage just means that the States should issue bonds to increase the amount of funds that they put into projects. Bravo!

But you must combine leverage with money management. As rich as the CWSRFs are, they could theoretically go broke – yes, broke! – if they issued hundreds of billions of dollars of bonds at, say, 4% and then turned around and loaned these funds out at 2%. So, leverage and money management together. Another 30%.

What about the final 10%? It should be divided among the states who innovate best, and who leverage and manage their money best.

Now that they have their report in front of them, Congress needs to change the capitalization grant formula. They need to base a new formula on: population, innovation and money management. These criteria are what we need for the CWSRFs to deal more effectively with the water quality problems of the 21st Century.